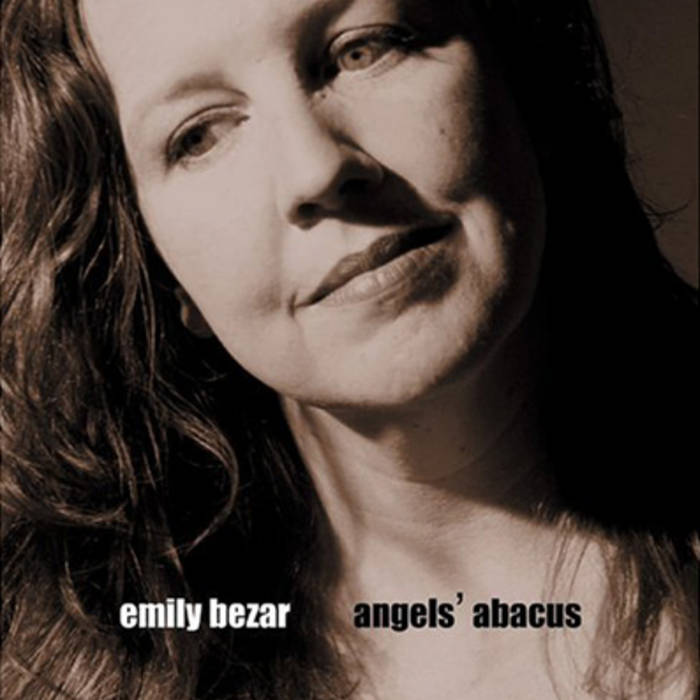 Sven B. Schreiber (sbs) Just can't stop purchasing still more albums from Emily Bezar. Each of them has its own distinct quality, and therefore it's utmost hard to compare them to each other. It's great to discover a different side of Emily Bezar in each of her works - be it the sound, the songwriting, the orchestration, or the feeling inside the music. However, at the core, there's always a noticable constant, and that's Emily Bezar's personality as an artist. Providing change and an ever surprising variety throughout the long-term creative process, while retaining an immutable red thread at the same time - this is what makes up an exceptional artist. Favorite track: Suncrash.

With her 4th album, "Angels' Abacus," written while Emily was living in France from 2001-2003, she produced her most operatic work since her debut in 1993. This is music as architecture, as crystalline objects in time, with no agenda but its own sensual and complex beauty. Her voice, emotionally vivid but with a sheen of elegant reserve, glides and leaps over a landscape rich in electronic nuance and sparkling jazz-tinged piano. Her songs are kinetic and never languish, surging from delicate to intense, from open simplicity to opaque density, but always ravishingly melodic.

"Angels' Abacus" is a meditation on love and faith in all of their ecstasies and in their doubts. In the title track she imagines an angelic conference discussing the fate of her and her lover. "This isn't about renewal and redemption. It's about wondering if there's someone keeping score on you up there and you're just trying to cling to the next rung. It's about conscience and the gravity of decision in life and love....wondering does every action negate the last or does it all add up? And I've always been consumed by the inner struggle between my reason and my intuition. I think it's an intriguing paradox that an agent of faith, the angel, would be calculating our souls' destiny."